Two Best Friends, A Toddler, and a Life-Changing Retreat 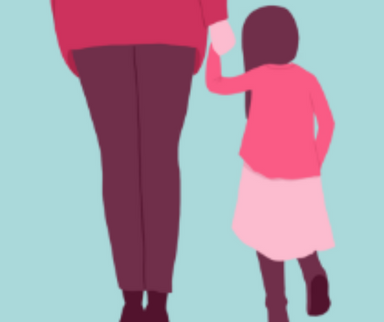 The anticipation of Mother’s Day gives us a chance to reflect on the maternal figures in our lives, both biological mothers and the caregivers and nurturers who have made a difference. It also brings to mind two mothers I met while hosting a Metastatic Breast Cancer Retreat several years ago—this specific retreat was for patients who were not in a relationship and who were invited to bring their primary female caregiver.

In this case, Alice and Stephanie were both in their early 30s and had been best friends for two decades. Alice, who had metastatic breast cancer, had a three-year-old daughter—the girl’s dad was not in the picture, and Alice had lost both of her parents at a young age. While she had faced some trying circumstances, she was not alone.

Stephanie had been Alice’s labor coach when her daughter was born and had taken care of mom and daughter alike through treatments and consultations.

On the second day of this three-day retreat, we dedicated a special session to serious discussion: “Of everything that may lie ahead, what is your greatest fear?” The patients stayed in one room with me while the caregivers participated in a separate room with another facilitator.

As I listened, Alice shared that her greatest fear was her daughter going into foster care. I asked about Stephanie, but she responded, “No, this isn’t an option.” When I explored further, Alice said she had already disrupted Stephanie’s life by burdening her with the weight and work of primary caregiver since her diagnosis two-and-a-half years ago.

In the adjacent room, Stephanie was simultaneously sharing her greatest fear—that Alice’s daughter would be placed in foster care. When the facilitator inquired further, Stephanie replied, “Since Alice hasn’t asked me to adopt her, I figure she doesn’t think I would be a good mother figure for her daughter.”

After the discussion was completed in both rooms, we debriefed as facilitators and then brought everyone back for a follow-up session. I always open this session by noting, “There was a lot discussed in both of our breakout rooms. Who feels comfortable talking about one of the issues that arose in either room?” Unusually, the room stayed quiet.

I chose to further the discussion with, “There is a three-year-old girl who is going to lose her mommy to breast cancer in the coming months. She needs to be cared for by a loving woman who will be a great mom to her and who will keep the memories of her biological mother alive.”

Both Alice and Stephanie were startled.

I continued to ask Alice, “Why haven’t you considered your best friend, the person you love and adore, to adopt your daughter when the time comes?”

She responded, “Like I told you in our session, I have already derailed Stephanie’s life enough. She should be married now and have her own children. Even though she would be the perfect mom for my child, it is asking too much.”

Stephanie replied, “You and your daughter are my family. I was worried you didn’t think I would be a good enough mother figure.”

They embraced and agreed this would be the perfect solution and that they would see a lawyer upon returning home to draw up the necessary legal documents.

Incidentally, another thing we discussed during the retreat was Alice’s love of stilettos. Her doctor had forbidden her from wearing them because the cancerous lesions in her spine increased her risk of falls and fractures. Instead, I encouraged her to wear them when she was sitting down so she could still enjoy the look and feel of her favorite shoes.

They also agreed that, when Alice died, Stephanie would give Alice’s favorite pair of stilettos to the funeral director and ask for the lower half of the casket to be left open so everyone could see them. They both knew it would be Alice’s red sequin stilettos.

Three months later, Stephanie called and said, “I just wanted to let you know that my dear friend Alice is wearing her red sequin stilettos today and I now have her daughter…’our’ daughter. If we hadn’t attended this retreat, she wouldn’t be with me. I feel blessed that we found the retreat online and made the journey to you. Thank you.”

Mother’s Day can be a day of celebration and it can also be a challenging day as we remember those we have lost. Nevertheless, it is a beautiful opportunity to remember the moms and mother figures who have touched our lives and our hearts.

National Breast Cancer Foundation is here for you and your loved ones. Whether you need support, education, or help during treatment, we have a team dedicated to getting you the help you deserve.