‘Somebody Has To Say Something’ – Mary J. Blige’s Mission To Empower Black Women About Breast Cancer Screening 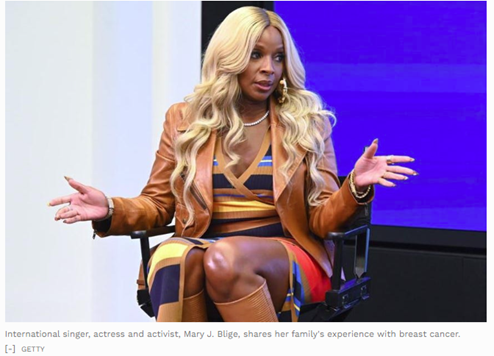 Mary J. Blige has spent her career using music to express her emotions. Raw and authentic to the core, the nine-time Grammy winner is now using her formidable voice to galvanize women with their most powerful asset – their health. Recently, the R&B superstar joined forces with the Black Women’s Health Imperative (BWHI) to promote breast cancer screening, particularly among Black women who are disproportionately impacted by breast cancer.

Hosted by Hologic at the Nasdaq Marketsite in Manhattan’s Times Square, a panel of women experts convened to discuss “Screening the System: A Dialogue on Bias and Breast Health.” Moderated by journalist Sheinelle Jones, panelists included Blige as well as BWHI President and CEO, Linda Goler Blount, MPH, and Arlene Richardson, MD, Chair of the Department of Radiology, Jackson Park Health. The event can be viewed in its entirety on Hologic’s YouTube channel.

The outspoken global superstar set the tone. “I’m very candid: I don’t want to die,” stated Blige. “Somebody has to say something, especially for my community.” 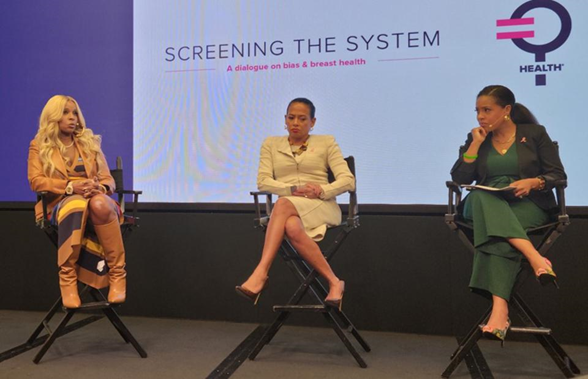 Black women are over 40% more likely to die from breast cancer compared to white women, according to the Centers for Disease Control and Prevention (CDC). “But we don’t really ask why,” observed Goler Blount, who has dedicated her career to research, advocacy and policy work at BWHI. The fundamental problem, she continued, is lack of access to care.

“If your employer doesn’t provide health insurance, then it must be purchased on the exchange,” explained Goler Blount. Geography matters, too: if a woman needs to travel for healthcare, that means taking time off work, potentially losing wages and finding child care – just to address her well-woman visits. Add to these obstacles the issue of medical mistrust.

“You can ask any Black woman who can tell you some horror story of how she was treated by the front office staff, by her doctor…what her experience was like just trying to get care,” described Goler Blount. “[Black women] are left out of research.” She cited the example of pulse oximeters working less effectively on people with dark skin. 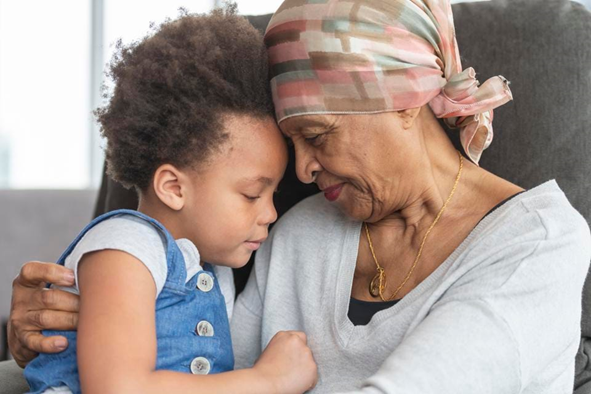 Black women are 43% more likely to die from breast cancer than white women, mostly from poor access to care, including mammography. GETTY

Genetics can play a part in the higher risk disparity. Black women, for instance, are twice as likely as white women to develop triple-negative breast cancer – a rare but aggressive subtype that doesn’t respond to hormonal therapy or therapies that target HER2 receptors. Black women are also more likely to be diagnosed at a younger age, according to the American Cancer Society. This is why early detection matters.

“Get a mammogram, and get it every year,” advised Dr. Richardson. Screening mammography can detect early-stage disease when treatment is simpler and more likely to be effective. “Ignoring it is not going to make it go away.” She recommends that Black women start getting mammograms at age 40 because they are at higher risk and are diagnosed at an earlier age, and with later-stage disease. Goler Blount added that if we waited to start looking for breast cancer at 50, another 1200 to 1300 Black women would die of this preventable and treatable disease.

The panelists added that 3D mammography is more sensitive at detecting cancer, but fewer Black women are referred to it. 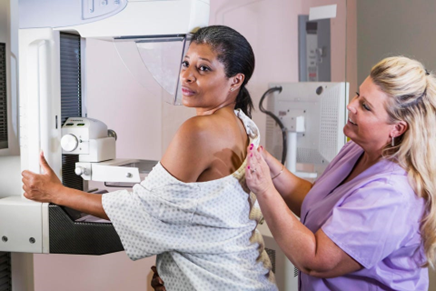 Black women are more likely to be diagnosed with breast cancer at a younger age, but early detection with mammography can save lives. GETTY

Myths of Mammograms and the Impact of Racism

“It’s gonna hurt.” The panelists discussed the perception of pain creating reluctance among some women to obtain a mammogram. Yes, it can be uncomfortable and slightly painful, but it’s temporary. Another common misconception: ‘If I have cancer, then compressing my breast will spread the cancer,’ which is untrue. COVID has also played a role: women stayed away from hospitals, resulting in delayed diagnoses due to a drop in preventive care services.

Racism, as Dr. Richardson pointed out, is a public health threat: “The impact of racism on health is often overlooked. The history of race is misunderstood, as well as its role in access to care in low-income communities.” National health organizations such as the American Medical Association and CDC agree. Racism negatively affects the physical and mental health of millions of people. CDC: “The impact is pervasive and deeply embedded in our society.” 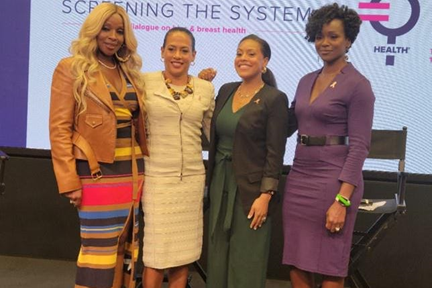 For the multiplatinum artist, this health topic is personal. The P.O.W.E.R. of Sure spokeswoman who partnered with BWHI last year to address health disparities facing Black women very candidly described her family’s experience.

“I had an aunt who died of breast cancer. My grandmother died from cervical cancer and another aunt died of lung cancer,” shared Blige. “Nobody spoke about it at home. That’s why they ended up in the hospital with two weeks to live, and NOW we’re talking about it. I know this is happening in a lot of African American homes, and that’s why we need to talk about it.”

The singer and actress emphasized self-care through education. “I didn’t know about breast cancer or mammograms until I was 40. I was in the music business, trying to take care of myself. My body started talking so I started listening. I found out about a mammogram at the GYN [clinic].” 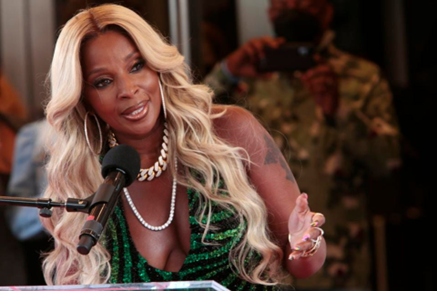 Mary J. Blige, inducted into the Apollo Theater Walk of Fame in Harlem, has used her powerful voice her entire career to make a difference. MPI43/MEDIAPUNCH/MEDIAPUNCH/IPX

Science and Storytelling Save Lives

It is my personal and professional belief that education – through numbers and narratives – can make a profound difference in people’s lives. I’ve used this strategy for years to help people with substance use disorders and now with Covid-19 and vaccinations. But when a celebrity with Blige’s international stature shares her personal story, the impact can be exponential.

“I’d rather know. No matter how scary it is, take care of you. You don’t want to end up like my aunt. I’m here for us.” Blige described the sense of secrecy and even shame in Black culture (“it’s personal, it’s my business”) as being harmful. “I’m candid. I’d rather talk about it because I don’t want to die. Somebody has to say something.”

When celebrities speak, people listen – for better or for worse (as a doctor and public health advocate, I cannot endorse the health messaging of podcast host, Joe Rogan, or NBA player, Kyrie Irving). But Mary J. Blige is different. She is partnering with health experts and following the data. She is speaking up. When you’ve sold over 100 million records, have over 20 million followers globally and are slated to perform at Super Bowl 2022, people listen. I firmly believe that Blige, along with the Black Women’s Health Initiative, are saving lives by educating and empowering women of color about the importance of self-care, including prevention, nutrition and mental health. Blige is ‘Not Gon’ Cry,’ she’s gonna survive and thrive … and help others do the same.