A dangerous breast cancer gene mutation changed my life. As a health reporter, I want you to know about it.

The PALB2 mutation is lesser-known than BRCA. It’s time to change that. 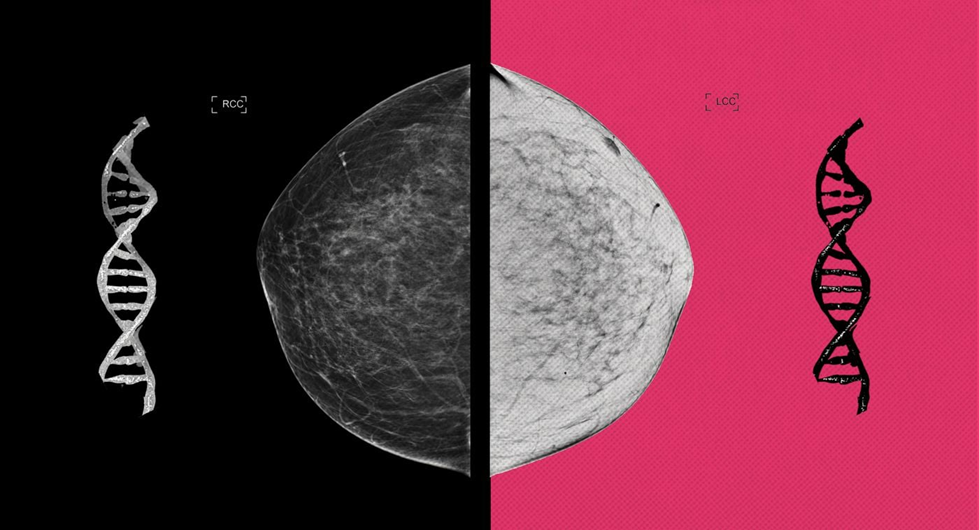 The PALB2 breast cancer gene mutation changed my life. Here’s what to know about it. - The Lily

The news that would change my life came on an ordinary day last April.

After a productive day of writing and then cooking dinner, I answered my cellphone to a semi-hysterical daughter. The results of genetic testing done as part of her fertility work-up showed something unusual. My oldest daughter, Laura, was trying to explain between sobs that she has a gene mutation — one that I, a longtime health reporter and 24-year breast cancer survivor, had never heard of: PALB2. Between her crying and trying to catch her breath, I only heard this: “I have an elevated risk of breast, ovarian and pancreatic cancer.” WHAT?!

Today, I am happily recovering from a prophylactic double mastectomy earlier this month, and the removal of my ovaries and tubes this past July. Yes, I was 24 years cancer-free following a lumpectomy, six months of chemotherapy, six weeks of radiation and 10 years of tamoxifen, and yes, recovering happily because in just 24 hours after surgery I received this news: My breast biopsies following surgery were all benign.

Is artificial intelligence about to transform the mammogram?

But back in April, I wondered how it was possible that I, someone who lived and breathed news and was always looking for the next story — particularly about health — had never heard of the PALB2 mutation. I had genetic testing in 2009 for BRCA (a gene associated with a higher risk of breast cancer) and was so relieved and thankful to learn that I did not have that mutation — especially because I have three daughters.

So I began my research, finding a smattering of stories in The Washington Post and the New York Times from 2014, when researchers learned of PALB2’s increased risk of breast cancer and elevated risks of ovarian and pancreatic cancer.

I shifted into reporter mode and made an appointment with a genetic oncologist, who took an extensive history. The oncologist had concerns, because in addition to my daughter learning she had the mutation, my maternal grandmother had died of pancreatic cancer. So she ordered genetic testing.

It took a month to get results. I was positive for the PALB2 genetic mutation. In the weeks that followed, my other two daughters were tested. Thankfully, my youngest daughter, Allison, did not have the mutation. But my daughter Annie did — and three other family members were positive as well.

I was devastated. I knew I had to write about this. As a longtime reporter, I had years ago adopted my idol Nora Ephron’s motto of “Everything is copy.” Some of my best health pieces have had a personal connection.

In the past several years since researchers published studies on this genetic mutation, not one doctor — not my oncologist, internist, gynecologist or geneticist — had suggested I get updated genetic testing. It’s a huge failure by the medical community, I say.

Other experts agree. “Broader cancer panel testing, which would include PALB2, started to become available in 2013, but use varied by institution,” said Peter Hulick, a physician and medical director at the Mark R. Neaman Center for Personalized Medicine. “I generally suggest patients check in at least every five years, sooner if family or personal history changes, to determine if there is new information or genetic testing that would be important to consider.”

In April, I joined a Facebook group called PALB2 Warriors, which became a source for my reporting. I spoke with many women navigating this mutation and its risks of breast, ovarian and pancreatic cancer. The group has more than 1,500 members worldwide.

Kristina Smith of Ontario is a member of the PALB2 Warriors Facebook group. Her mother was diagnosed in 2011 with breast cancer. Last year, her mother had a recurrence, this time triple negative, which is more difficult to treat. Sadly, she passed away in May. Smith learned she, too, had the mutation in June and joined the Facebook group. On Dec. 2, the same day as me, she also had a prophylactic double mastectomy.

“December 2 I had my prophylactic double mastectomy — not easy with two little kids, during the holiday season, but the ticking time bombs are gone as is the worry,” she told me. “I only wish every breast cancer patient was offered genetic testing the first time they get cancer, then maybe my mother would be here this Christmas.”

Using some of the stories from this group and talking to experts, I published my story in August in the New York Times. “Doctors Warn of a Lesser-known Breast Cancer Risk,” the headline read. And as for the subheadline: “PALB2 is not as well known as BRCA, but mutations of the gene can raise a woman’s risk for breast cancer almost as much.”

The piece clearly hit a nerve. My inbox blew up, and the story drew lots of social media reaction.

In October, which is Breast Cancer Awareness Month, I was interviewed on NBC for Mika Brzezinski’s “Know Your Value.” Later, WGN-TV interviewed me at my home, as did Anne Thompson, a correspondent for the “Today” show. My story was out there.

Thompson, a veteran reporter for NBC News, was also a breast cancer survivor. We traded some reporting stories and both knew some of the same journalists. But mostly we talked about breast cancer, our diagnoses and treatment, and, of course, PALB2. She asked me if it had become a mission to inform women, and I quickly answered yes. She underwent treatment years ago, and more recently had a recurrence. Like me, she had lived it.

Finally relaxing with dinner and a glass of wine, I noticed my phone buzzing with notifications. An old friend who lives in Texas sent me a text message: “You were just on Dallas NBC news and you are in the promo!”

My husband, Billy, and I jumped up to turn on “NBC Nightly News with Lester Holt.” There I was.

And there Lester Holt was, saying, “Tonight is Breast Cancer Awareness Month, and one woman’s mission to make people aware of a lesser-known variant that can be deadly — Anne Thompson’s report about how she is inspiring America.”

Inspiring America. Three photos were projected behind him. Of me. Oh, my.

It was after my “Today” interview and talking with doctors and other women who had navigated life with this genetic mutation that I made the decision to go ahead with the double mastectomy and reconstruction. I wanted to remove the anxiety of screening twice a year with both mammograms and MRIs. In essence, I wanted to remove the feeling that I was waiting for the other shoe to drop.

Here is what I know: that the medical community for the last several years failed women who should have been notified of this life-threatening genetic mutation. I knew from my reporting that MRIs do not always catch early-stage breast cancer. I talked to women who recently had prophylactic mastectomies who were shocked to learn that despite clear mammograms and MRIs, pathologies after surgery showed early-stage breast cancer.

I know mostly that knowledge is power. Still, it was not easy for me to part with my breasts — they nursed all three daughters for over six months.

But I knew what chemotherapy and radiation and tamoxifen felt like — the nausea, mouth sores, thinning hair and the lack of energy that took a long time to regain. I never wanted to chance that again.

And so here I am, writing this just three days post-surgery. Three days with minimal pain. Today’s medicine rocks. Just as my surgeon told me to expect, a nerve block has kept me pain-free. I am told that when it wears off, the worst pain is over.

The best moment of my surgical experience was when my breast surgeon popped into my hospital room to say hi before I got discharged.

“You know, you probably saved hundreds of lives,” he said. Of course, that made me cry.

I still have more surgery to come to finish reconstruction in a few weeks, but I am very pleased to have this behind me. Mostly, I am thrilled to model for my two daughters who will face decisions about surgery down the road that it is doable and not incapacitating. There is inconvenience and discomfort, but it’s nothing like chemotherapy.

I never have to have another mammogram or worry about ovarian cancer. The pancreatic risk lurks out there, and I will have regular screenings.

My message to those who may be facing this is to not let the fear paralyze you. By attacking this head on, with all that medicine, surgery and reconstruction have to offer, you may feel empowered. I know I do.

Susan Berger is a Lily contributor.