How to Enjoy Sex Again After Breast Cancer Treatment 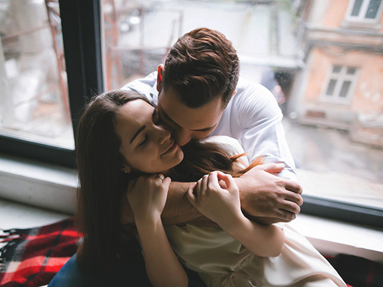 There are a number of side effects women feel after going through breast cancer treatment, but there are also things you can do to make sex enjoyable again. Getty Images

For women experiencing cancer, intimacy is yet another hurdle in which the onus is on them to overcome.

“Doctors aren’t always comfortable talking about it so they aren’t necessarily going to bring it up,” Jean Sachs, the chief executive officer of Living Beyond Breast Cancer, told Healthline.

In Sachs’ experience, she’s found “a lot of responsibility is kind of on the woman to be comfortable enough… Really being able to say, ‘This is important. I’ve already lost a lot with my diagnosis, I don’t want to lose this.’”

Cathy Brown, a breast cancer survivor, explained why sex after cancer is so difficult to discuss.

“In our society, Western society, sex in general is taboo, and then wounded sex, if you will, sex after disease, is even more taboo,” she told Healthline.

Cancer can be devastating for intimate relationships.

When it comes to intimacy after breast cancer, the hurdle is even higher.

“Breast cancer treatments result in several sexual side effects. The symptoms are not universal. The type, dosage and duration may determine whether a woman will experience any sexual side effects and the type that she may experience,” Sabitha Pillai-Friedman, a sex therapist in Philadelphia, told Healthline.

Common sexual side effects include:

“Their sexual schema, sense of themselves as sexual beings, is altered due to the drastic physical changes that they experience during treatment,” Pillai-Friedman said.

But women need not endure this alone.

“Sometimes just opening the door and getting something as simple as recommendations for lubricant is all they need,” Carpenter said.

She added that some women may benefit from a course of cognitive behavioral therapy.

It all depends on what the exact issue is.

“Nothing picks up exactly where it left off when you’ve gone through cancer diagnosis and treatment,” Carpenter said. “This is different than anything else and it’s just a matter of getting the right kind of help.”

For many women, the experience can be debilitating and having support is crucial to healing.

Brown remembers how her husband’s strength helped them through her breast cancer. As a retired New York City firefighter lieutenant and 9/11 survivor, he’s no stranger to tragedy and medical emergencies.

“When I kept apologizing because I was just all upset and weepy about chemo because I felt like crap, he said, ‘Just be gentle with yourself. This is your 9/11. This is a big deal for you and let yourself feel however you’re gonna feel.’”

“I think communication is really important for everything, all aspects of life, especially something like this,” she said. “You know, ‘I’m feeling really unattractive or how could you be with me after this?’ I think giving your partner the opportunity to explain why you’re so wonderful is pretty cool, and it’s very necessary.”

With cancer, and breast cancer in particular, there’s a lot to work through.

Carpenter says that while many women undergoing treatment may feel de-womanized and unattractive, their partners often still see them as just as vibrant.

The relationship dynamic often changes as well, proving another layer of complexity.

“The partner has become the caregiver very often to the patient,” Carpenter noted. “And in a traditional sort of man and woman couple, very often, she has been the caregiver throughout much of their relationship… that role reversal is something that the couple and the patient are going to need to get used to.”

Pillai-Friedman explains what happens to couples in that case.

“So, the couple who previously may have had a mutually supportive relationship may be forced to transition to a situation where the breast cancer patient becomes dependent on their partner to varying degrees,” she said. “This shift in roles could affect sexual chemistry between the couple.”

Dating after a double mastectomy

After her first diagnosis, genetic testing suggested a lumpectomy would suffice, but that treatment proved to be wrong.

She told Healthline there were “like a million doctor’s appointments” post-surgery and she promised herself: “Gosh if this should ever come back again, I’m not doing this again. I’m just taking them off.”

And so, when her second diagnosis came, she didn’t hesitate to schedule a double mastectomy with a tram flap reconstruction.

“I was all about, OK, how am I going to get through this and then I’ll get over to the other side,” she said.

By this time, Turk had gotten divorced and she said that while her focus wasn’t on the separation, she does remember “having a discussion with a girlfriend when [she] had decided to do this surgery and stating the fact that well this is definitely going to put a hurdle in [her] dating and sex life.”

Turk recalls how small corrective surgeries helped her regain a sense of self after her divorce and surgery.

“I felt as if my body, as if I was kind of alien to my body. You know, you walk past a mirror, post-surgery, and it was like, ‘Is that me?,'” she said. “And it never really, it didn’t completely connect in my head that that was me. And I tried to do whatever I could, you know. I had little corrective surgeries afterward to try to make it better.”

She opted to have her nipples removed because it reduced the chance of getting cancer again.

“So one of the options is to put tattooed nipples on,” she continued. “It was small thing that I could do. There’s so much else you can’t do.”

As time went on and the surgery scars began to fade, and she corrected the first set of insurance-covered surgeon-tattooed nipples, Turk said she began to accept her body and work past the image issues.

Still, the first time being intimate with someone was difficult.

“I was really uncomfortable… and I just freaked out. I totally freaked out and left his house,” she said.

“The first focus is on your health and getting better,” she said. “This is something that happened to you. It’s not going to define your life. It’s not going to change who you are. You’re still gonna be the same person when you come out the other side.”

Advice from a sex therapist

Pillai-Friedman offers the following pieces of advice for women who are trying to revive their sex life after breast cancer treatment.

Cancer can hurt intimate relationships at a time when women need them the most.

Getting support and communicating with your partner, your doctor, or a mental health professional is key in regaining intimacy after cancer.