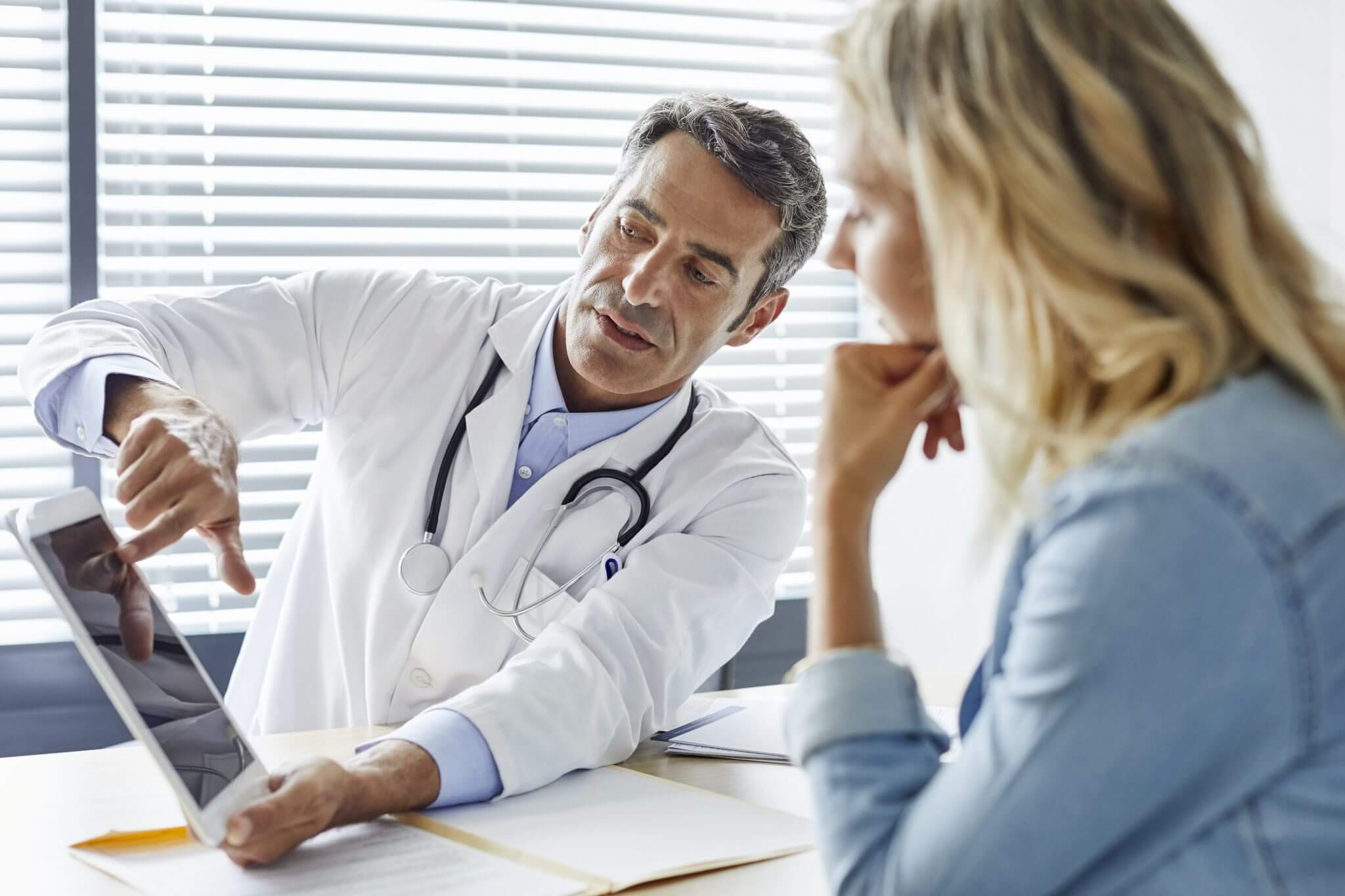 The research was published on Feb. 25, 2020, by the journal JAMA. Read the abstract of “Comparison of Abbreviated Breast MRI vs Digital Breast Tomosynthesis for Breast Cancer Detection Among Women With Dense Breasts Undergoing Screening.”

What is Fast Breast MRI?

Traditional breast MRI uses magnets and radio waves to produce detailed 3D images of breast tissue after a contrast dye is injected into a vein. Breast MRI is not limited by breast density, and research has shown that it is more sensitive than mammography at finding breast cancer. Still, breast MRI is not perfect. Research has shown that breast MRI results in more false positives than mammography. A false positive is when a test finds something that initially looks suspicious but turns out not to be cancer.

Traditional breast MRI is also more expensive than a mammogram and takes longer to perform — 45 minutes compared to about 15 minutes for a mammogram. Breast MRI also requires the contrast dye injection, which some people find uncomfortable. The dye also may affect the kidneys, so your doctor may perform kidney function tests before the dye is injected.

So, traditional breast MRI is not recommended as a screening tool for all women — only for women at high risk of breast cancer.

Fast Breast MRI still requires the contrast dye injection but takes only 10 minutes to perform, rather than 45 minutes. Because Fast Breast MRI takes less time than traditional breast MRI, the cost and complexity of the test are also lower.

Right now, Fast Breast MRI is not covered by insurance, so women must pay out of pocket for the exam. The average cost is $250.

What is 3D mammography?

A conventional mammogram creates a two-dimensional image of the breast from two X-ray images of each breast.

3D mammography is approved by the U.S. Food and Drug Administration (FDA) and is a standard of care for breast cancer screening. Because it’s a newer technology, it may not be available at all hospitals and mammogram facilities.

What is breast density and how is it measured?

One way to measure breast density is the thickness of tissue on a mammogram. The BI-RADS (Breast Imaging Reporting and Database System), which reports the findings of mammograms, also includes information on breast density. BI-RADS classifies breast density into one of four groups:

Still, no one method of measuring breast density has been agreed upon by doctors. Breast density is not based on how your breasts feel during your self-exam or your doctor's physical exam. Dense breasts have more gland tissue that makes and drains milk, and more supportive tissue (also called stroma) that surrounds the gland. Breast density can be inherited, so if your mother has dense breasts, it's likely you will, too.

Research has shown that dense breasts can:

Nearly half of women age 40 and older in the United States are classified as having dense breasts.

Because mammograms can have a hard time finding breast cancer in dense breasts, researchers have been looking for other cost-effective ways to screen dense breasts for cancer.

How this study was done

The study included 1,444 women age 40 to 75 with an average risk of breast cancer and dense breasts, based on their most recent mammogram.

The study was done between December 2016 and November 2017 at 47 sites in the United States and one site in Germany.

In a 24-hour period, the women were randomly assigned to have either:

The images were read independently by two different board-certified radiologists who did not know the results of the other screening test.

3D mammography found 7 of 17 invasive cancers and two out of six DCIS lesions.

The invasive cancer detection rate was:

This difference was statistically significant, which means that it was likely due to the difference in screening methods and not just because of chance.

For detecting invasive breast cancer, sensitivity (the ability to correctly identify those with the disease) was:

Additional imaging was recommended at a rate of:

“When screening women at average risk with dense breasts, we found that [Fast Breast MRI] detected significantly more — almost two and a half times as many — breast cancers as 3D mammography,” said Christopher Comstock, M.D., of Memorial Sloan Kettering Cancer Centers and lead author of the study. “We also found that [Fast Breast MRI] was well tolerated by women, with very few side effects.”

“While these early results are promising, further studies are needed to evaluate the cost-effectiveness of widespread screening with [Fast Breast MRI] and its impact on reducing breast cancer mortality,” he continued. “Currently, only a few centers offer [Fast Breast MRI] and it is not covered by insurance. Our hope is that [this] study…will provide the impetus for more centers to provide this new test and that insurers will see its benefit to improve early detection of breast cancer.”

What this means for you

While the results of this study are encouraging for women with dense breasts, they are early results. More research is needed before we know:

If you have dense breasts, you and your doctor will develop a screening plan tailored to your unique situation. General recommended screening guidelines include:

Your personal screening plan also may include:

Talk to your doctor about developing a specialized program for early detection that meets your individual needs and gives you peace of mind.

To get the best information from your breast imaging studies, it's important to:

For more information on mammograms, ultrasound, and other tests used to detect breast cancer, visit the Breastcancer.org Screening and Testing pages.