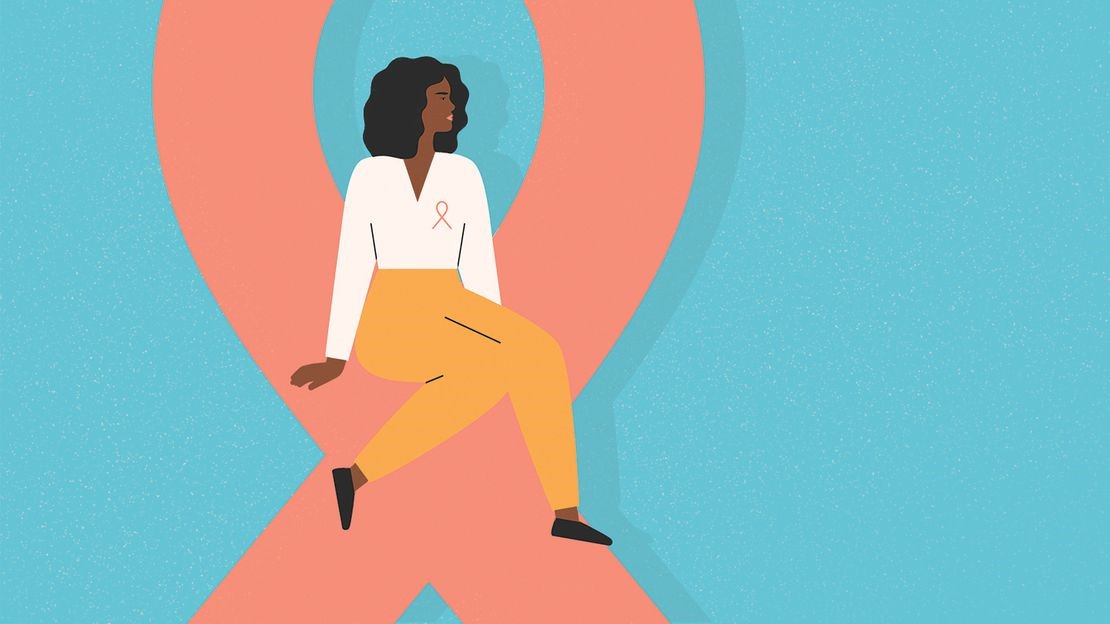 Black and white women in the United States are diagnosed with breast cancer at about the same rate, but Black women are 40 percent more likely to die of it. Here's how these survivors are trying to change that.

Disparities in treatment and survival between white women and women of color are an inarguable fact. The question is: How do we change that? These breast cancer survivors have taken the battle against disparities into their own hands, creating resources and communities to help women of color get equal footing in diagnosis and treatment.

Ricki Fairley: Bringing Black Women and Researchers Together on the Need for More Inclusive Clinical Trials 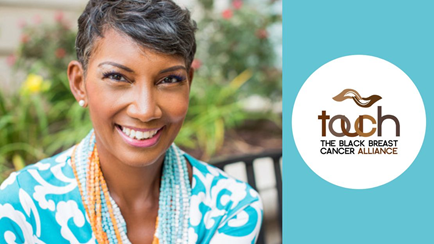 It was 2011, and Ricki Fairley was about to board a plane from Boston for a three-week business trip to the West Coast when she got the call from her doctor. Breast cancer. She tried to tell herself it wasn’t that bad. Her mother’s diagnosis, a decade earlier, had been caught at stage 0.

“Three days later, my doctor called to say it was triple negative and that I needed to go home,” says Fairley. “I came home and googled it and everything said basically, ‘You're going to die.’”

She also googled her doctor. “I realized that my doctor had only had two cases of women with triple negative and both had died after nine months.”

Fairley had three things to contend with. First, Black women, like Fairley, are more likely than white women to be diagnosed with triple negative breast cancer, an aggressive form of the disease that often comes back with a vengeance.

And thirdly, her doctor lacked experience.

Fairley couldn’t do anything about the type of cancer she had, but she could do something about the other two issues she was facing. First, she found a specialist in Atlanta, where she lived, with much more experience treating triple negative breast cancer.

Once she was clearly in the survival zone, she founded Touch, The Black Breast Cancer Alliance (BBCA), an organization that not only creates a community specifically for Black women battling breast cancer, but engages with pharmaceutical companies, healthcare workers, and researchers to address the disparities in cancer treatment, research, and detection that undermine Black women’s survival.

One of the things she’s trying to address is why Black women are more prone to triple negative breast cancer, a form of the disease in which the tumor lacks receptors for which there are available drugs. Because the tumor is less sensitive to many treatments used routinely in breast cancer, it’s harder to treat.

It’s known that there are several mutations, such as BRCA1 and BRCA2, that increase the risk for some breast cancers in some populations, but that information does not exist for the Black female population, simply because the research has not been done, says Fairley.

“There may be something else in our physiologies. We don't know,” says Fairley. “We don't have the scientific data to understand it yet,” she says.

Fairley is committed to holding community events for Black breast cancer survivors, thrivers, and those in the thick of it. The community provides a safe space for support, but she also hopes the work trickles up to systemic change in cancer research.

RELATED: Breast Cancer Stages: What Do They Mean?

Researchers need to better understand how breast cancer shows up in Black women, she says, and to do that, the industry needs to address the lack of representation in clinical trials.

That’s what Touch BBCA is doing through outreach and partnerships with other organizations, including BlackDoctor.org.

“I worked my whole career in advertising and I've learned that messaging works when you do it right. I don't want to minimize any of the advocacy that's being done in the breast cancer space, but Black women are dying at a 40 percent higher rate than white women, so we aren't doing something right,” she says.

Jasmine Dionne Souers and Marissa Thomas: Addressing a Lack of Representation of Women of Color in the Breast Cancer Community 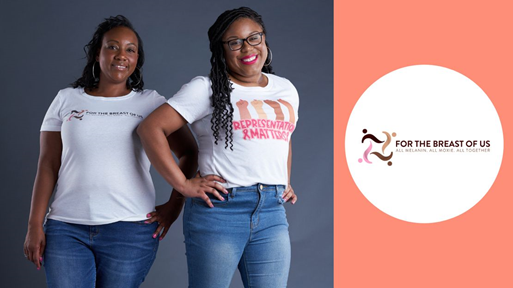 For the Breast of Us

At age 25, Jasmine Dionne Souers found herself in pain. “My left breast was really painful and swollen. I remember seeing stains on my bra and not understanding what it was.”

During a self-examination, she noticed that parts of her breasts were firmer than others. She went to the hospital, where she was turned away and told she had to see a primary care physician.

She did, but her mammogram and ultrasound, both performed by the same doctor who had treated her grandmother (the disease runs in her family) for breast cancer twice in the past, came back clear.

A few months later, the discharge was getting darker. “I was going to my ob-gyn to start the conversation about fertility treatments to help conceive. I didn't want to go down that road before I checked everything out, because I knew something wasn't normal,” Souers says.

Her doctor performed an MRI. “Almost the whole breast lit up. It was devastating to say the least, primarily because I knew something was wrong when I first went to the doctor the year before. I thought that all the tests that I could have had been done,” she says.

Guidelines published in March 2018 in the Journal of the American College of Radiology recommend that doctors use screening methods such as an MRI or ultrasound when screening high-risk groups for breast cancer, including Black women.

“African American women are more likely to have dense breast tissue, and mammograms aren't the best method of screening for that,” says Souers.

When her doctors told her she would need a bilateral mastectomy and radiation, the first thing she did was search the internet for images of what her body might look like once her breasts were gone, but she didn’t see Black women represented in the photos.

“Even the paperwork was written for white women. Not intentionally — the language that they use, the side effects that they listed — they weren't including how the radiation would affect melanin skin. I was expecting to turn red, but I turned, like, charcoal gray,” says Souers.

In March 2019, Souers met Marissa Thomas at a Young Survival Coalition event in Austin, Texas. Thomas was diagnosed with stage 2 breast cancer at age 35. Her cancer was only 35 percent HER2-positive, which is more likely to respond to treatment, so Thomas was treated as though her cancer were triple negative.

Both survivors felt compelled to use their own experiences with breast cancer to fill a void of representation of women of color in the breast cancer community. Nearly two months after meeting, the women had created an organization that would do that.

“When we decided to do For the Breast of Us, it was a colliding of a personal experience and realizing the lack of inclusivity in the breast cancer community; in everything from wigs to what our bodies may look like after breast cancer treatment,” says Thomas, noting that when conducting their own research, she and Souers found that poor communication, implicit bias, and a history of medical mistrust were key barriers keeping women of color from being represented in the cancer space.

“We have understated the importance of addressing medical mistrust. In the Latinx and Native American communities, too, not just the Black community. There are many instances in the U.S. where the medical community has failed us,” says Thomas.

“Until you really address the foundation of a lot of these misconceptions, it's going to be really hard going forward.” For the Breast of Us knocks down barriers by hosting webinars and providing resources, such as a list of clinical trials and a cancer term dictionary.

“We may not be able to change the system, but we can empower women with knowledge so they can make the system work for them,” says Thomas. The two women have also created The Naked Truth Project, flooding the internet with imagery of Thrivers of Color so all women can access images to see how breast cancer affects bodies that look like theirs.

RELATED: Why Fear Is Keeping the Breast Cancer Community From Coming Together 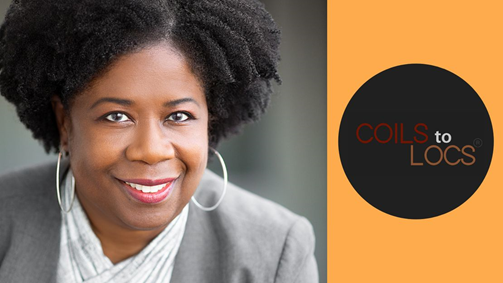 Dianne Austin stopped relaxing her hair in 2011, transitioning to her beautiful Afro kinky curly hair. Four years later, two weeks before her daughter's high school graduation, she got a call from her doctor. She had breast cancer.

When her daughter started college, Austin started chemotherapy. Her doctor wrote her a prescription for a wig to wear when the chemo made her hair fall out, something that would hopefully help her keep some semblance of normalcy in her life. Her health insurance would cover the wig. It would be one less thing she would have to worry about.

But when she took the prescription to the hospital where she was being treated, none of the hair patterns matched the natural hair she had lost. "I was told that if I wanted an Afro kinky wig, I could buy a straight-hair wig and then take it to a local salon and they could put chemicals in it to kink up the wig," says Austin.

That would mean going to a wig shop, a far cry from the supportive space of a cancer care center. “In a cancer care center, there are private rooms and a licensed cosmetologist," she says. In a wig store, she says, the only place you can try on a wig is in the middle of the store floor. “It really does affect your sense of dignity,” she says. “You just don't feel like people get it.”

After her experience, Austin decided she wanted to make the experience of losing hair during treatment less traumatic for Black women. Austin cofounded Coils to Locs with her sister, Pamela Shaddock, in the winter of 2019, and became a supplier of Afro-textured synthetic wigs for cancer patients.

In less than a year, Coils to Locs has established partnerships with six hospitals in Massachusetts, Georgia, and Texas. Their aim is to make sure all women are represented among the prescription-eligible wigs available to them through cancer care centers, though the organization caters to Black women who have lost their hair for any reason.

"You are already going through something really traumatic and you want to look as much like yourself as possible," says Shaddock.

The start-up is currently raising venture capital funding so the initiative can expand nationwide. "I think this is everyone's story, really, and we are trying to meet a need that is not getting met for a particular segment of the population," says Austin.